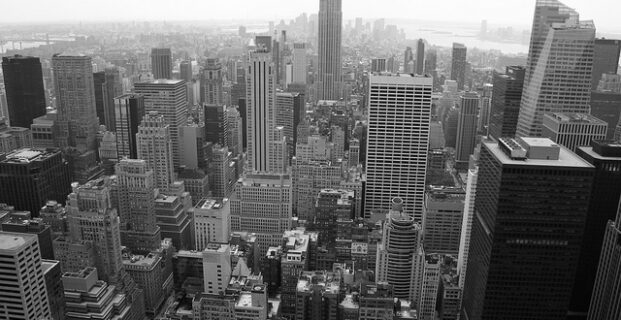 To-morrow, and to-morrow, and to-morrow,
Creeps in this petty pace from day to day,
To the last syllable of recorded time;
And all our yesterdays have lighted fools
The way to dusty death. Out, out, brief candle!
Life’s but a walking shadow, a poor player,
That struts and frets his hour upon the stage,
And then is heard no more. It is a tale
Told by an idiot, full of sound and fury,
Signifying nothing

I’m not usually very Shakespearean (I’m more Bossypants than Beowulf), but when I found myself tearing up during Alan Cumming’s brilliant one act rendition of Macbeth in New York last week, I thought:

Now, once my obvious pride at being a member of the cultured elite quickly deflated (I only know the first and last lines), I became decidedly more introspective:

“There’s something haunting, rich, deep, and beautiful about this soliloquy that I likely failed to grasp during my monotone regurgitation of Shakespeare’s cumbersome prose ten years ago.”

Later, out on the slippery street in front of the theatre, as I’m blown and jostled and harrangued by the wintry mix greeting me in late May, my thoughts become decidedly less poetic. New York has a funny way of getting under all our skins. I would argue, despite the proliferation of crowded subways, rotting garbage, and exorbitant rent, the thing about the Big Apple (no one calls it that) that eventually wears us all down to the nub is the sneaking suspicion that not only on an economic, geographic, and stylistic level, but also on a subatomic one, you don’t measure up

and you never will.

Perhaps this comes from the fact that everyone, even flared-out rugby-shirted hostesses at the Times Square TGI Friday’s* you’ve just (hypothetically of course!) abruptly left after discovering that the Jack Daniels BBQ Burger with onion straws costs double the price it does at the DFW airport,

and too well-read to waste their time giving you the code for the customer only restroom.

(This could also explain why many of the less-populated street corners in the greater New York area look as if they’re crying tears that smell eerily similar to ballpark port-o-johns. But what do I know, I’m not a real New Yorker.)

(*NOTE: I am nothing, if not a compression socked, zinc-oxide protected, disposable camera wielding tourist on the inside. Why yes, I would love my name written on a grain of rice thank you very much!)

It’s amazing really, the speed with which my self-loathing arises at not being smarter, wittier, more successful, and more widely admired because I haven’t decided to pay 900 a month in rent to share a 2 bedroom apartment with Toby Flenderson and 6 other roommates.

Which brings me inevitably to Liz Lemon misquoting Jay-Z: Concrete bunghole where no dreams come true, there’s nothing you can do.

Now, this feeling of inadequacy at the sight of tall buildings and pretty people is what philosopher and writer Alain de Botton refers to as:

“A worry, so pernicious as to be capable of ruining extended stretches of our lives, that we are in danger of failing to conform to the ideals of success laid down by our society and that we may as a result be stripped of dignity and respect; a worry that we are currently occupying too modest a rung or are about to fall to a lower one.”

Throughout my life “place” has always played a significant role in my identity formation. Whether it’s SoHo, WeHo, Dowisetrepla, Silverlake, London, or even North Knoxville, the spaces we inhabit powerfully color how we understand ourselves and our world. Por ejemplo: you can be a lonely hot dog vendor at the world’s fair site or you can be a lonely hot dog vendor in CENTRAL PARK, you do the math. Sometimes the spaces in which we find ourselves, can pull us deep into the recesses of our pasts, filling our eyes with equal parts pride and regret. Other times they can push us forward into all possible futures awaiting us were we to stay here and make a life for ourselves.

Unfortunately, either of these options seem to absentmindedly neglect the beauty of the day right in front of us.

In the 2nd book of the Hebrew Scriptures known as Exodus, there’s an odd exchange that accompanies one of Moses’ journeys to the top of a mountain known as Sinai where he, along with a few of Israel’s elders, comes face-to-face with the divine.

Upon arriving to the top of the mountain, the divine voice greets Moses and company with something unexpected and a little confusing:

“Come up to me on the mountain and be here…”

The obvious response is of course: “God, who have you been reading? Deepak Chopra? What’s with this 3rd eye mysticism?”

God, YHWH, the divine voice, whatever name you choose, understands the propensity for humans, despite your mother’s best and most exasperated claims to the contrary, to be in two places at one time. Especially whenever they find themselves in the presence of something epic and beautiful.

A bearded Jewish man a few thousand years later uttered something along the same lines:

“Consider the birds of the air; they do not sow or reap or store away in barns, and yet your heavenly Father feeds them. Are you not much more valuable than they? Can any one of you by worrying add a single hour to your life?”

In my experience, birds don’t spend a great deal of time plotting out the investment strategy of their 401k(s) or if skinny jeans really are for everyone. Nope, birds fly and eat and poop and mate and procreate and live (and I’m sure lots of other things that I don’t know about, as I am somewhat terrified of most birds).

Even in the very presence of that which holds all of us together (God), it’s possible to be somewhere else, lost in thought about what once was or what could be, all the while ignoring the sacred now quietly resting beneath our Birkenstocks*.

(*NOTE: this is a joke. No one wears Birkenstocks, not even Jesus.)

And, as the old saying goes: what’s true for formerly enslaved, uneducated, oppressed desert nomads who later form a nation only to experience strife, civil war, exile and even more oppression at the hands of the Romans is probably true for us today.

It’s always seemed strange how in the midst of this huge, epic story the scriptures unfold for us about the redemption of all things, there exist these pockets, these windows reminding us to keep our eyes on the road in front of us; quietly whispering like an interstate rumble strip on a late-night summer drive to the beach:

Because, much like Macbeth, it’s quite easy to be controlled by our imagined futures awaiting us just beyond the next horizon. Demanding us to sacrifice everything, everyone, and all the ways that future has already come true on the altar of the someday and the not yet.

Put nicely, we refer to most of these people as “driven”.

On the other hand, as we meet in the incessant hand washing and debilitatingly fatal PTSD of lady Macbeth, crippling regret can tinge everything we see with sadness and cynicism and the odor of yet another failure yet to be undertaken. Reminding us time and again that we can never clean our hands of all the works we wish to forget.

All the while, the rumble strip rumbles on:

“Come up to me on the mountain and be here”

Throughout history, whenever people have been faced with these divine announcements to honor the day they’re standing in as holy, they’ve oftentimes undertaken very visceral, embodied activities to remind themselves, from that day forward, of what’s good, true, and beautiful about this life.

Moses took his shoes off.

But the thing about these reminders isn’t that they explode and fill the sky with light, causing everyone in the Tri-state area to utter in awestruck unison:

No, I’ve found these moments to be quiet, patient, and almost always a bit lower than the horizon. Amidst the dizzying heights of the book deals, business class boarding privileges, rock solid faiths, and salaries of others, what we need isn’t fireworks, but the quiet words of that ancient mountaintop epiphany and a crucified carpenter’s son 2000 years ago reminding us, not altogether differently from our grandmother standing before us in the living room no one uses except on holidays: to take our shoes off.

Because the ground on which we’ve been standing for quite some time now is holy, and filled with the divine. As a matter of fact, it always has been we just haven’t always been great at recognizing it.

So, with as much Shakespearean bravado as my state school liberal arts degree can muster:

Mayst thou, whenever thine discoverth a great disparity betwixt another and thineself, recall the sacral nature of the dirt under which thou is standing. And, in thus doing, regard that aforementioned dirt as the very site of divinity and opportunity. For it be in this day, and not another, that we shall meet God.

Oh, and whilst one is at it, takest your shoes off. It helps with the remembering, except in New York of course, there it’s just gross. People pee in the streets you know.