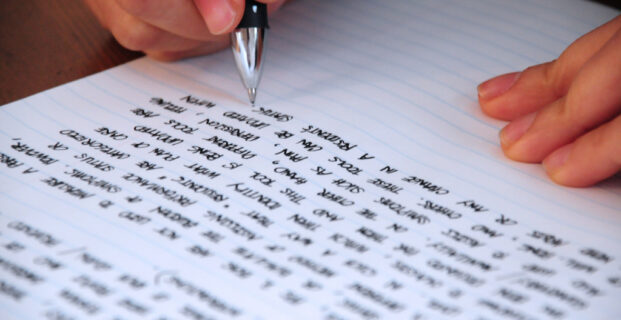 The narrative of last week’s portion, which included the binding of Isaac, ends with Abraham returning home with his servants, Note, returning home with his servants and not with Isaac. This week’s portion’s narrative begins with the death of Sarah. There is a midrash that Sarah, seeing her husband returning but not seeing her beloved son, feared the worst, namely that Abraham has sacrificed Isaac and her only child was dead. In great grief, Sarah dies of a broken heart.

In the Talmud, the sages sought to teach that the punishment of a child should be carried out immediately or a parent should hold his peace and say nothing by telling the following story: A child from Bene-Berak broke a flask. His father threatened to box his ears. In terror of his father, the child went off and threw himself into a well. (Minor tactate, Mourning, Chapter 2, paragraph 5)

Here we have Sarah, the founding mother of our people, so wrapped in fear of what might be, she dies. The poor child, in fear of a punishment that might never come, takes his own life.

A more recent story, The Necklace by Guy De Maupassant: A woman loses a necklace she had borrowed from a friend and goes deeply in debt to buy a replacement only to find out that the necklace had been made of faux diamonds. Believing something false and fearing to tell the truth to her friend, the woman in the story mars, not only her own life, but that of her husband as well.

We often act on our fears or, rather, fail to act because of our fears. Fear of failure, fear of looking foolish, fear of being hurt or hurting another, fear of being revealed as being less than perfect. The news is that often our fears are greatly disproportionate to the danger and, indeed, we frequently see dangers that are mere illusion.

We make assumptions and act on them without trying to see if they are true, lest we embarrass ourselves. We assume the worst of people in how they may think of us when, in reality, their opinion might be quite good. Perhaps we worry about others’ opinions of us when we should not, but rather we should act in the way we feel is right.

My colleague, the Portlander Rebbe, made an interesting observation to me once. We tell ourselves stories. We turn our interpretations of past events into templates for future events. Perhaps you once had an uncomfortable job interview where, because of the circumstance or the people interviewing you, you became increasingly nervous. Your nervousness led to mistakes, your mistakes led to greater nervousness.

Part of prayer is self examination. Part of self examination should be to ask yourself, what stories about myself am I telling to myself. Are they true? Are they useful? Do they need reinterpretation?

We must recognize that our past does not bind us to its pattern. We must seek to do our own interpretation of our lives as we would interpret a text in bold new ways to find new and useful, empowering meanings. We can change ourselves, open up our possibilities, by finding new meanings in our own stories.

Each of the people discussed earlier chose a narrative of events, an interpretation of what was happening, that grew out of fear and despair. Each of us has the option as the expositors of our own lives to choose to interpret the events around us and of our past through the lens of hope and possibility.

Grasp the future, learn from and understand your past to grow out of it, not to be trapped by it. You are the hero of your own story, not a stock character in a melodrama or a supporting player. You write the novel of your life. Make it a glorious tale full of light and love. The hero of an epic novel overcomes adversity through how she responds to it. You can choose your adventure. Make the best of the pages of your years, live out of hope and strength, not timidness and fear. Be the hero of your life.