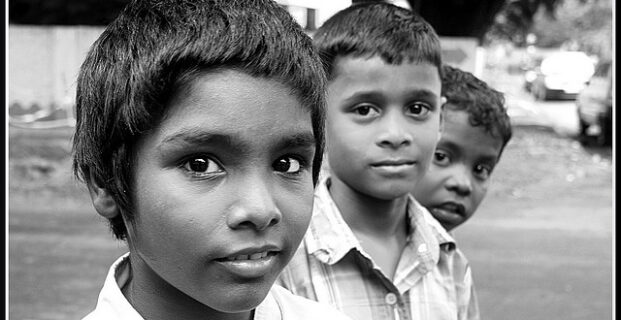 When Isaac first appeared in my life last year, I described him to people as a “white lab.” His coat was mostly pale with a few brown markings, and the shape of his face revealed a Labrador Retriever. As he has become my co-pastor and companion, I wondered what the history was below that shedding fur. His lean figure and brown-spotted ears revealed that he was not a pure-bred lab. I had also heard that there was no such thing as a “white lab”–just a very light-colored yellow lab. Isaac’s coat was not light yellow; it was white! He also had what my friend and his rescuer, Jamie, called a “circus act.” He could stand on his hind legs for long periods of time, sometimes dancing from one foot to the other. That was not typical of the labs I had known.

After fearsome research, also known as a google search, I found a canine DNA test with good reviews. I placed my order and waited for the experiment. A few swabs of his mouth and a sealed envelope later, Isaac’s DNA was on its way to a laboratory in the midwestern United States.

There was a lot of discussion among my family and friends of what Isaac might be. Pointer, Irish setter, dalmatian, pit bull, and spaniel were all in the guesses. When the magic envelope of results was opened (well, clicking on the link in an email from the company), Isaac’s true identity was revealed:

How did an eskimo end up in the Mississippi delta? Along with the results came a description of each breed. I skipped the labrador page and went straight to the eskimo. It turned out Jamie’s description of the “circus act” was not far from the truth. American eskimo dogs are well-known for being trained for circuses: jumping through hoops, scooting around obstacles, and yes, walking a tightrope on their hind legs.

I had a Lassie hunting birds in the delta –while balancing on his hind legs. All I could do was scratch my head.

Looking at a mixed-breed like Isaac from the outside, we have no idea how many breeds are in his DNA, affecting his behavior and learning style. One of the reasons that these DNA tests are now available is to help with training mixed-breed dogs, to learn their personality traits. Below the surface is a wealth of possibility, not just for canines, but for all of us.

When I was growing up, one of my favorite verses of Scripture came from the story of Samuel anointing David king of Israel. It’s one that many of us probably learned in Sunday school. All of David’s burly, handsome, older brothers walked with royal struts by the prophet, Samuel. I always imagined Samuel oohing and aahing until a voice gently whispers to him, “Don’t look at his appearance or physical stature, because I have refused him. For the Lord does not see as man sees; for man looks at the outward appearance, but the Lord looks at the heart” (I Samuel 16:7, New King James Version). It’s one of the first and classic stories of the unlikely underdog receiving divine favor. And we love it because many of us have felt like David at some time: unnoticed and overlooked, always living in someone else’s shadow.

What strikes me now about that verse is that this is a story of embracing mystery. There is so much we don’t know that only God can know. It’s a story that reminds us that God sees the traits and characteristics in us that we can’t even see in ourselves. It’s a story that encourages us to look at ourselves, and each other, with the reassurance that only God knows the deepest confines of the heart. It reminds us that we only know so much–and that’s okay.

Even after Isaac’s DNA test, there is still so much I don’t know about him. I don’t know what in his background causes him to drink water as I pour it from a bottle. I don’t know why he bites his leash and tries to “walk himself” around the neighborhood. But I do delight in what I can find out about him. I rejoice as I learn about his tightrope-walking tendencies and incredible running speed. In the same way, we can give thanks as we learn more about each other’s “true identities” and gifts. Let us regard each other with the same, sacred awe with which God looks at our hearts.

all good things to each of you,
Pastor Darian

Read more from Darian Duckworth at her blog.