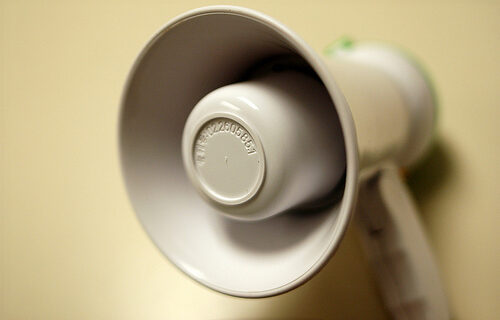 I wish that it weren’t true. I like to think that I’m a bigot well into recovery, but I’ve had relapses along the way, and I’m really not sure how far I’ve come. I’m not going to confess the targets of my various prejudices. That wouldn’t serve any real purpose. And I wish journalist Juan Williams hadn’t passed up an excellent chance to keep his thoughts to himself when he said, “…when I get on a plane, I got to tell you, if I see people who are in Muslim garb and I think, you know, they are identifying themselves first and foremost as Muslims, I get worried. I get nervous.”

He said these words just after assuring Bill O’Reilly he wasn’t a bigot, but his confession of pre-judging people based on their choice to dress in a way that identifies themselves as Muslims negates his denial with breathtaking effectiveness. (Incidentally, if I wear a cross or another Christian symbol around my neck, or pray before my meal on a plane or in a restaurant, what does it say about me? Does my identification “first and foremost” as a Christian make people nervous?)

To make matters worse, O’Reilly claimed that it wasn’t just a few individuals, but “whole nations” that were against us (Americans, I suppose). I wish anyone who harbors that opinion could visit with my Iranian American friends who are proud to be citizens of this country, and the Iraqi refugees I visit who are working hard and happily building new lives for themselves here.

My final words on this most recent brouhaha are that NPR shouldn’t have fired Juan Williams, no one should try to de-fund NPR, and Fox News has no room to accuse other news outlets of being biased.

This story will blow over and I hope it won’t do too much damage before it falls off the front pages. But in an era of instant communication, I wonder if it’s still true that actions speak louder than words. In the long run, they probably still do, but grace-filled actions are like Redwoods that grow quietly and take a while to be noticed while misinformed or hateful words are more like stink weeds–or stink bombs. They’re lobbed from the internet to cable news to a seemingly infinite number of blogs.

I don’t know if Mr. Williams planned to make the comment he did or if it was an off-the-cuff remark, but he and all the rest of us need to come to terms with our inner bigots and find a good Twelve Step program–and less public venues for our confessions.