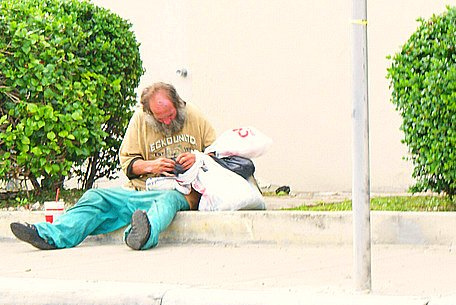 I’ve heard it said that Guns N’ Roses frontman Axl Rose was, and still is, an angry, angry man. I have no reason to doubt it.

There simply is no denying that they literally burst forth into the nation’s consciousness with a vengeance in late 1987, and for the next five-to-six years, until their utter implosion in 1993, they were perhaps the most important, exciting, terrifyingly self-destructive and unpredictable rock and roll band ever (sure, Axl has a bunch of guys playing with him today in a band he still calls “Guns N’ Roses,” but that’s like Paul McCartney hiring all new musicians and insisting it’s still “the Beatles”).

Guns N’ Roses has been on my mind a lot recently, and for an obvious reason – we Christians are celebrating the season of Advent. And honestly, nothing says “Advent” and “Incarnation” better than Guns N’ Roses uncensored and at high volume. Don’t believe me? Just listen to what should be the international anthem of Advent, “Welcome to the Jungle.”

This epiphany occurred to me during a recent stay at an inexpensive motel chain in a small city. To save money, and because I’m just a sucker for Tom Bodet’s voice, I reserved a room online with the motel chain; I did not see the location of said motel, nor any pictures to tell if it was a well-kept establishment.

Because the Mississippi State University semester was winding down and all that was left were final exams, at one o’clock in the morning I was sitting up in the bed with my macbook in my lap calculating attendance grades and semester averages, when I saw the unexpected visitor walk right into my room.

Now the door was bolted and locked, of course, but being the cheapest motel in town – this side of getting a run-down Norman Bates by-the-hour room – there was at least a three-quarter-inch gap where the bottom of the door was supposed to meet the floor.

My uninvited guest, who just strolled on in as if it was his house, was a mouse – a rather large mouse.

He stopped in the middle of the floor, looked and me and I looked at him; he continued coming toward the bed, then disappeared. Disappeared under (or into?) the bed.

I couldn’t find him and I never saw him again. But, I did notice a few openings in the box springs and in the wall behind the bed that this very well could be his home and that I was the un-welcomed company.

I almost called the front desk; but what good would that do?

I paid $33 for a room at an old run-down motel; a motel with a questionable nightclub right behind it; a motel that left its light on for all God’s living creatures. Should I have expected the Memphis Peabody?

I noticed that the people outside my room (between 1:00 and 3:00 am there were a lot of people outside my room and there was a lot of activity going on) had that hard, wear-and-tear look about them caused by years of hard-laboring and/or hard-living. And, many seemed to be laboring pretty hard that night to make a little extra cash in some not-so-admirable ways.

And, here I was worried about a little mouse in my room? (Though, again, it was a rather big mouse). At that moment, I really wished I had coughed up the extra dough for a nicer, cleaner, middle-class hotel room. Clean. Comfortable. And, typically mouse-free (or at least the mice are kind enough to stay inside the walls, thus “out-of-sight-out-of-mind”).

Many of us grew up in and assumed a middle-class image of Christian faith. It’s comfortable.
It’s nice and cozy and familiar. It’s organized and neat and presentable and respectable and relatively mouse-free (or at least, everything is kept “out-of-sight” and therefore “out-of-mind”).

Advent, though, forces us to acknowledge that there’s nothing comfortable or nice or cozy or organized or neat or respectable about the coming of our Lord.

It occurs among people who live hard lives and who work hard unglorified jobs (sometimes in less-than legal ways), and they have the visible scars, stains, anger and pain to show for it.

It’s into this real and harsh world – which many of us in the Church wish we could keep out of our sight and out of our mind – that the Christ-child is born. Why? Because it’s the real world filled with the real people whom God so loves.

So this Advent season, as I welcome the Christ-child, I can’t stop hearing the angry and threatening greeting from a world I’d rather pretend doesn’t exist: “welcome to the jungle; watch it bring you to your knees; I want to watch you bleed!”

And by the grace of our Lord Jesus Christ, may the Church be as committed to living among and loving the real people in the real world as is the God we proclaim to serve.