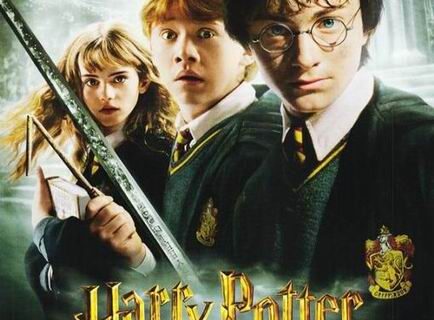 NOTE: This week the Baptist Seminary of Kentucky is celebrating its tenth year of educating and preparing students for ministry. I enrolled during the winter term of BSK’s first year (2002-2003) and graduated in 2007. In honor of the seminary’s 10th birthday, here is a musing (as published in Elvis, Willie, Jesus & Me) about my BSK experience.

Young Harry Potter never fit in – always knowing he didn’t belong – in the Dursley’s household. I wandered through two seminaries over several years, but never fit in and never belonged in either of them.

Then one day, like Hagrid arriving to deliver the news to young Harry that he is to attend the Hogwarts School of Witchcraft and Wizardry, a pastor/mentor told me I should attend a new seminary, the Baptist Seminary of Kentucky (BSK). Of course, Potter was eleven (and obviously single!) when he entered Hogwarts, whereas I was thirty-four and married (and with two young sons!) when my feet landed at BSK.

For example, Harry eventually came to terms with the house-elves, Dobby and later Kreacher, who annoyed him greatly and initially made his life miserable. However, over time Harry learned to appreciate them, love them, and trust them as close allies.

Like Harry, during these seminary years I eventually came to terms with my own internal “house-elf” of sorts – attention deficit disorder – which has annoyed me and made my life miserable for so long. However, I have learned to appreciate my ADD, love it, and trust it as a close ally. Also, like Harry’s vulnerability to the dark, soul-sucking force of the Dementors, I learned to recognize and fight with the dark, soul-sucking force of clinical depression.

Hogwarts professors such as Lupin, Mad-Eye, McGonagall, and yes, even Snape, all kept a watch over Harry and looked out for his well-being. BSK professors such as Doctors Adams, Hinson, Jackson, and Landon did the same for me. Harry was always under the watchful eye of Albus Dumbledore; and so Dr. Greg Earwood, the Headmaster (er . . . President) of the Baptist Seminary of Kentucky, combined determination and boundless grace to make sure I both endured and graduated.

I have shed tears knowing that I’ll never read any new Harry Potter adventures, and knowing that I will never again sit as a student at the Baptist Seminary of Kentucky.  But, I anticipate returning to both Hogwarts and BSK again and again . . . All I have to do is open a book or jump in a car (oh to have a flying Ford Anglia!).

——————————–
Elvis, Willie, Jesus & Me is available from Smyth & Helwys Publishing and your favorite bookstore.